Commencement is Friday, May 27 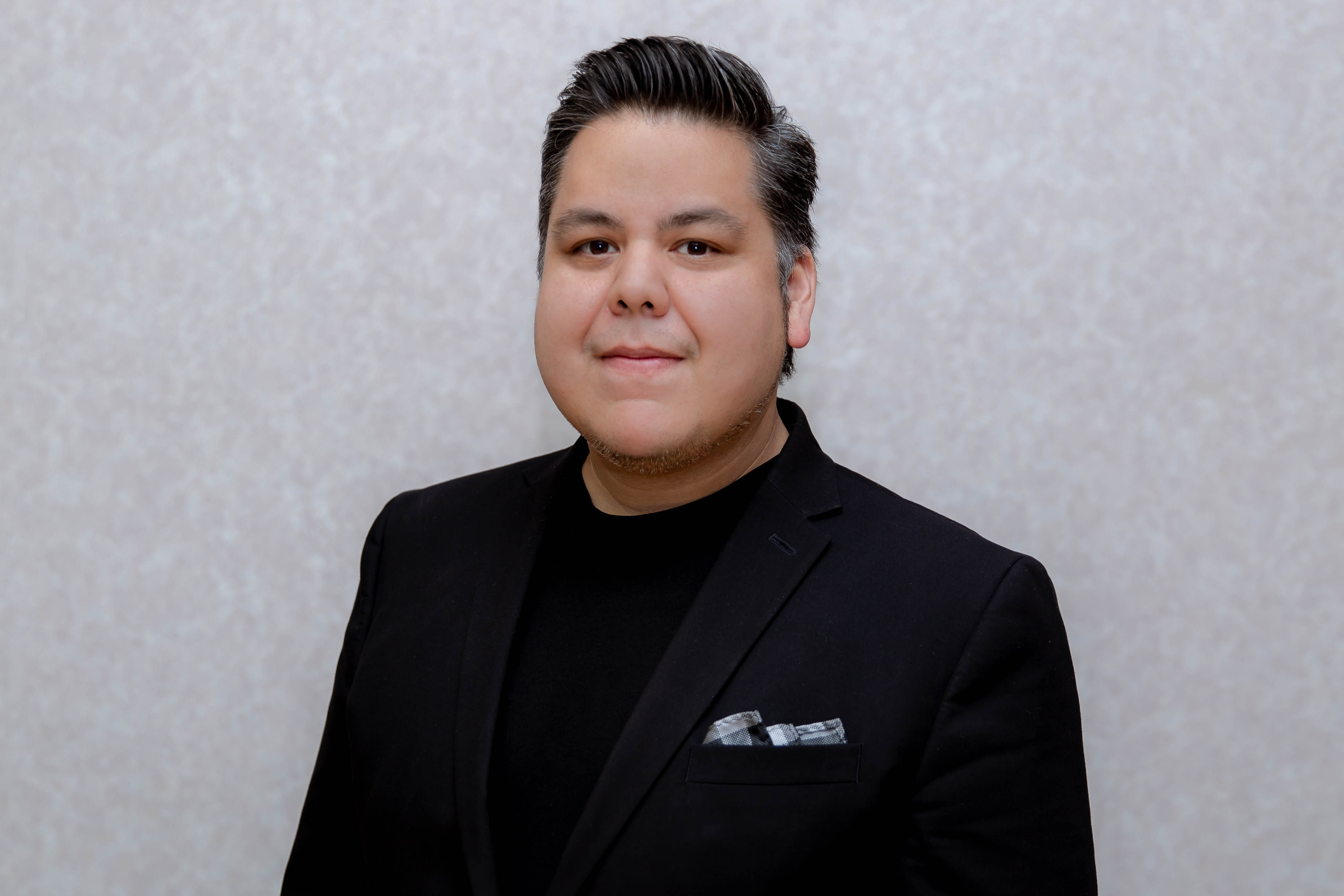 Roberto Alcantar was raised in the border community of San Ysidro. Roberto graduated from the University of California, Berkeley with a degree in Political Science and Public Policy. Roberto spent time abroad at the University of Western Australia doing research on social justice issues pertaining to Aboriginal communities. Shortly after, Roberto was recruited into the U.S. Department of State and served overseas at the US Consulate in Perth, Australia. Roberto has worked in the non-profit sector on issues like human trafficking, gang violence and hunger in underserved communities. He has served on the City of San Diego’s International Affairs Board and the Otay Valley Regional Park Advisory Committee. Previously, Roberto served as the Chief Strategy Officer for the Chicano Federation, a 50-year-old organization dedicated to serving the most vulnerable in our society. Roberto has worked for the American Civil Liberties Union, the City of San Diego City Council and the California Senate where he was the point person in the district on labor issues, immigration issues, binational affairs, public safety, transportation, and education. Roberto is a San Diego Leadership Alliance Fellow and was named one of San Diego’s 40 Leaders under 40 in 2015 and 2019 by the San Diego Business Journal. In 2019 he received the 80th Assembly District Outstanding Latino Community Leader Award from Assemblywoman Gonzalez. He was also named one of San Diego’s most notable leaders by San Diego Magazine and was awarded the WESTOP Achievement Award for his work on education in his community. Roberto currently serves on the board of the Chula Vista Chamber of Commerce and the South County EDC. He is an elected Community College Trustee and serves as the Board Vice President of the Southwestern Community College District Governing Board. Roberto currently works for San Diego Gas & Electric as the Public Affairs Manager for South County. 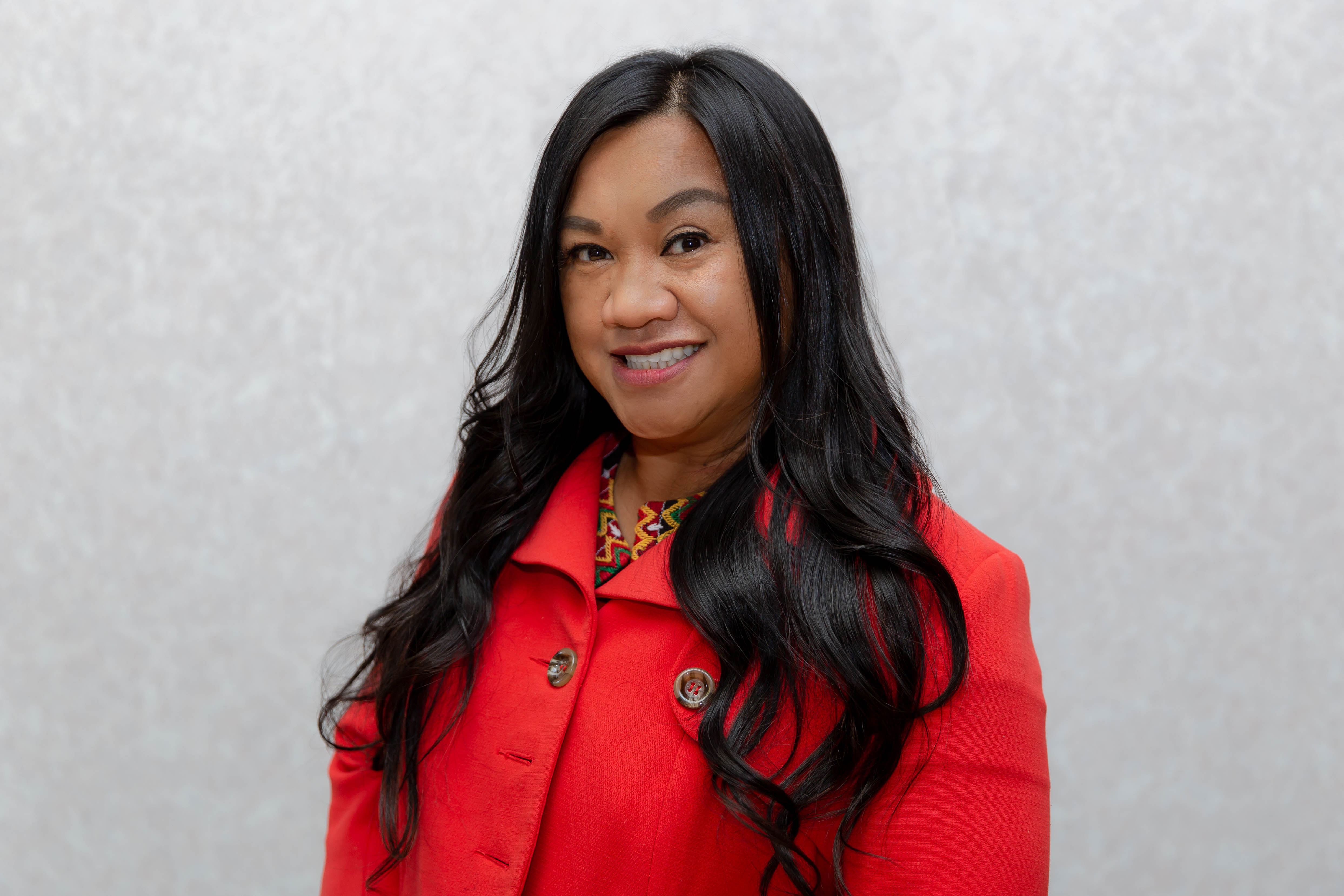 Trustee Kirin Macapugaym, MSW, is an Indigenous person from Kalinga, Philippines. A proud alum of Southwestern College, she began attending classes when she was still a student at Morse High School, eager to begin her journey in higher education. After 20 years of working in k-12 schools, juvenile court schools, and various healthcare and civic engagement nonprofits, she began teaching graduate classes at San Diego State University, where students awarded her “professor of the year” in 2016. She is now tenured faculty at San Diego City College, the San Diego representative for California Commission on Asian Pacific Islander Affairs, and serves on the API Advisory for San Diego Mayor Gloria. In 2015, she formed API Community Actions, supporting People’s Collective for Justice and Liberation and the Kuya Ate Mentorship Program. Her community recognition includes being awarded “Present Day Civil Rights Woman Leader” by RISE San Diego in 2017, and“Civic Leader of the Year” by Asian Pacific American Coalition in 2021.
Kirin served on the San Diego Commission for Arts and Culture and was Chairwoman of the Cultural Arts Commission for Chula Vista. She co-founded Indigenous Knowledge, Art, and Truth, as a group of Indigenous scholars and organizers from the Philippines. She is Chair for Made in Paradise Hills; board member of San Diego Asian Pacific Islander Coalition, and a core member of FIERCE Policy Forum for Filipinx-Americans living in California. She has published, “An Introduction to Social Work, Empowering People and Communities,” and works in various anthologies. She has been featured by NPR, PBS, NBC, CBS, ABC, Union Tribune, Voyager San Diego, Asian Journal, Filipino Press, and others. Kirin holds a Master’s in Social Work from SDSU, a Certificate in Indigenous People’s Rights from Columbia University, and is a PhD student in Indigenous Health from the University of North Dakota School of Medicine. 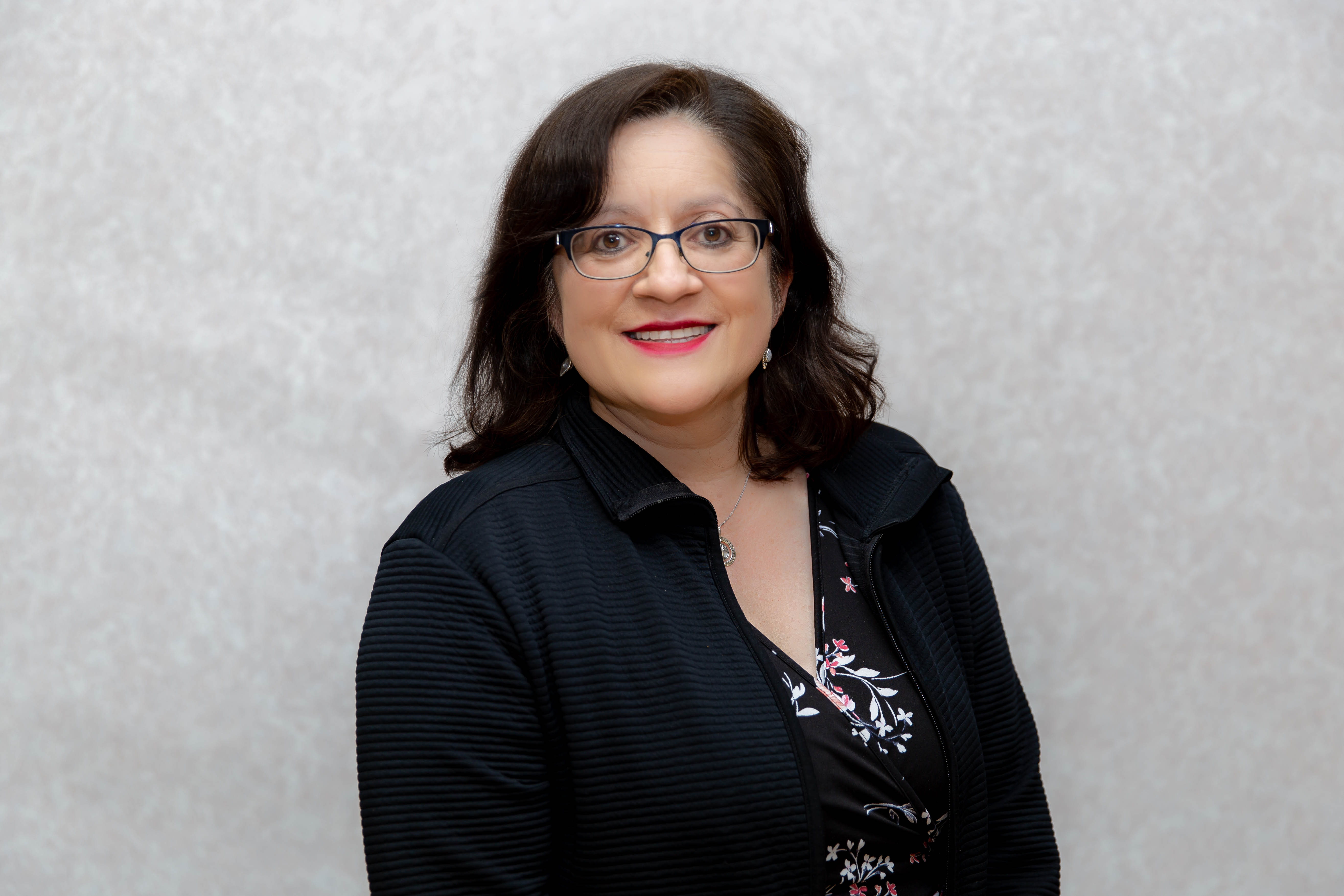 Born in Mexicali, Baja California, Mexico, Griselda Delgado came to the United States as an immigrant at the age of seven.  Her love for this country led her to initiate her educational career with the United States Army Reserves which she served for 7 years. Griselda has dedicated herself to secondary education from the moment she became an AVID tutor at San Diego High School, while she was still completing her bachelor’s degree.  After starting her teaching career in Los Angeles Unified School District, she eventually settled in Chula Vista in 1998 and continued her commitment to education in the Sweetwater Union High School District as a high school English teacher. She served in various positions as an educator including AVID Coordinator, MEChA and senior class advisor, high school assistant principal, continuation high school and middle school principal.  Currently, she serves as the Director of State and Federal Programs.

Griselda has served for the City of Chula Vista as a commissioner on the Cultural Arts Commission, as a board member for the San Diego Youth Symphony, is a longtime member for the San Diego County Office of Education Latino Advisory Committee and was Vice President for the California Association for Bilingual Education.  She also serves as a chair on the Western Association of Schools and Colleges Visiting Committee and was recently appointed as District 1 representative for the San Diego Military and Veterans Council where she was name Vice Chair.  Her drive and commitment to serve the community comes from her advocacy for equity, social justice and the right for all underserved students to have equitable access to fulfill their career goals. Her biggest accomplishment is the success of her two sons who are both college graduates and pursuing their dream careers. Griselda was elected to the Southwestern College governing board in 2014.  An advocate of life-long learning, she received her Bachelor of Arts in English, Masters in Education and Administrative Credential with an emphasis in Critical Pedagogy and currently is in the process of completing her doctorate in Educational Leadership from San Diego State University.  She also earned her Bilingual Cross-Cultural, Language and Academic Development (BCLAD) Teaching Credential from CSU, Dominguez Hills. 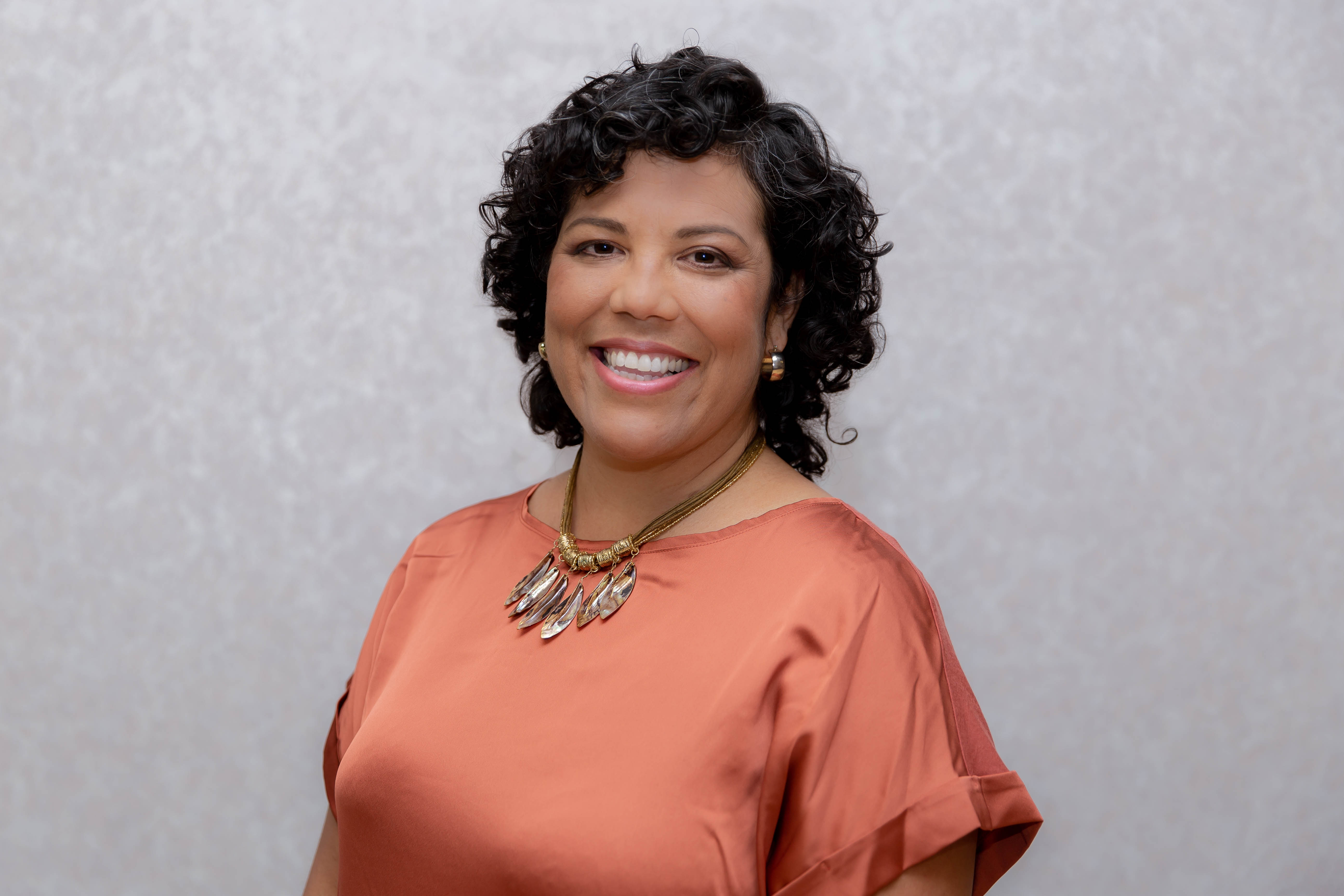 A product of the South Bay, raised in Chula Vista and alumna of Southwestern College, Leticia has spent the last 25 years committed to advancing social, economic and health justice as a public health professional, professor, and advocate. As a lecturer and advisor for the SDSU School of Public Health, Leticia is passionate about advancing the lives of students by ensuring they receive quality education, support and opportunities to achieve their goals. Prior to this, she dedicated over a decade serving San Diego’s South Bay and Southeast communities, increasing access to healthcare to all including undocumented children and youth, formerly incarcerated and those who aged-out of foster system. She spent over 10 years working to increase awareness, and services for HIV/AIDS, senior health, and other marginalized communities. In addition, Leticia has a background in government as a legislative assistant for a Member of the U.S. House of Representatives which she attributes as the inspiration for her policy-making journey. She is also a small business owner as an independent consultant
helping nonprofit organizations grow their impact. She is currently a member of the Board for the American Civil Liberties Union (ACLU) of San Diego and Imperial Counties. In 2018 she was elected to office as a Trustee of Southwestern Community College District. She holds a BA in Psychology from San Francisco State University, and a Master’s in Public Health from San Diego State University. 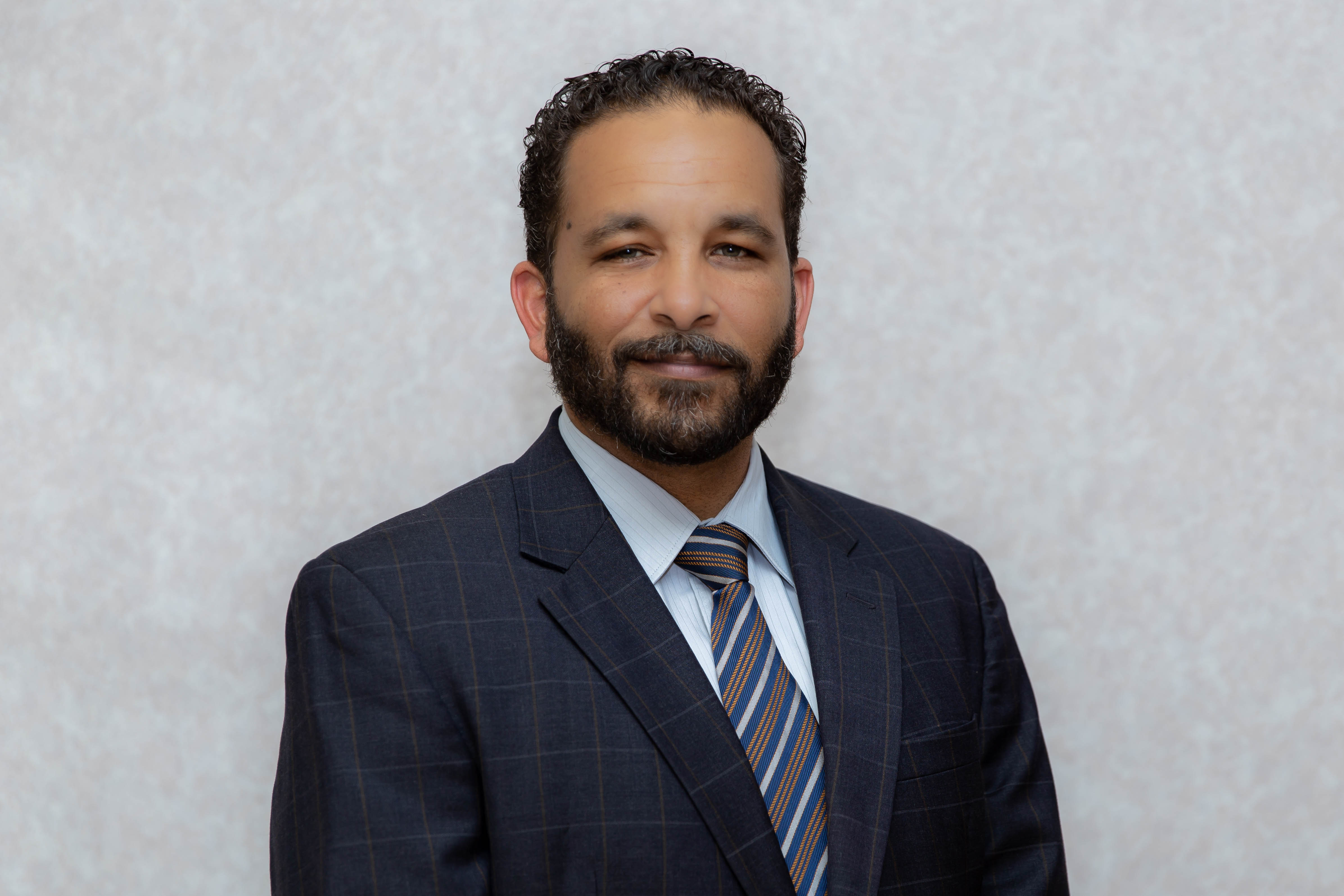 Don Dumas has a successful track record of teaching and education reform, who received the San Diego County Teacher of the Year in 2020. He has been a dedicated 12-year high school classroom teacher for the Sweetwater Union High School District (SUHSD) and for over 10-years the Boys Varsity Basketball Head
Coach. His entire educational career has been devoted to the elimination of social and economic injustice, including the dismantling of white supremacist structures. Being a Black American, South Bay native, and child of working-class parents, he brings a unique and much needed perspective to eliminate anti-Blackness. He
created and serves as the advisor for the Black Student Union at Bonita Vista High School as well as serve on a committee at the district level that is in the process of establishing the Black Student Union at all middle and high schools under SUHSD. Don strengthens his belief in community service and teaches his students in the
importance of volunteering in such events. Don was a graduate of the Sweetwater Union High School District, a Grossmont-Cuyamaca Community College student, and continued to earn his bachelor’s degree in History and Master of Arts in Teaching from San Diego State University. 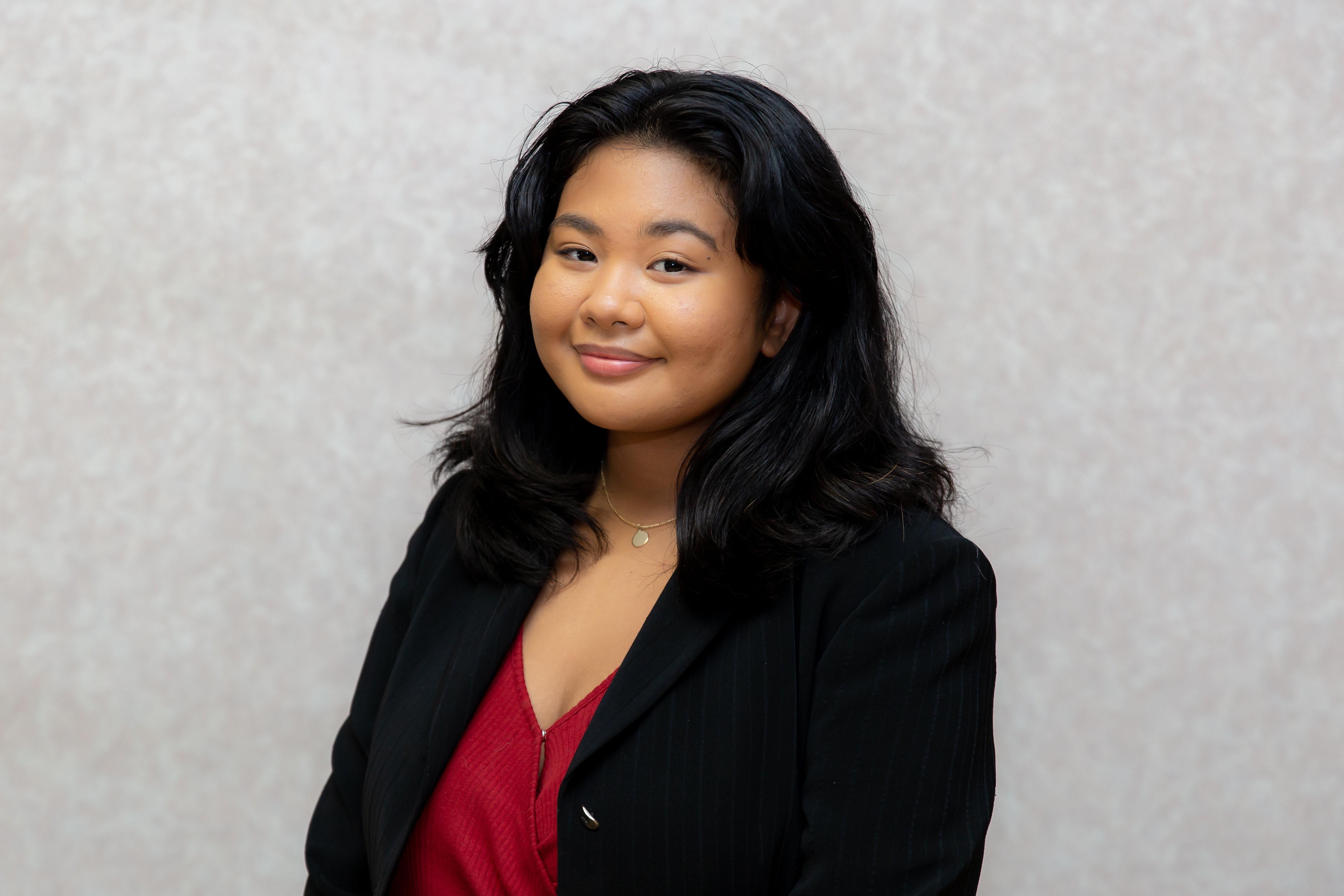 Born in the Philippines, a proud first-generation student. Eager to make a difference and helping others, she is enrolled in the Psychology program at Southwestern College and have been listed on the Honor List. Mae also loves to spread passion of reading and writing by volunteering at Traveling Stories who make reading much more accessible to kids in Southeast. Communication is the heart of every organization. She is very passionate on writing stories and poetry, as well as enjoy reading and listening to music and podcasts. She is a hip hop and Tahitian dancer. Having experienced the different perspectives of North County San Diego and Southeast San Diego, it’s important for her to give back to the community. Mae Perez’ desire and dedication are to share positive results as a student leader and continue to engage more student leaders. 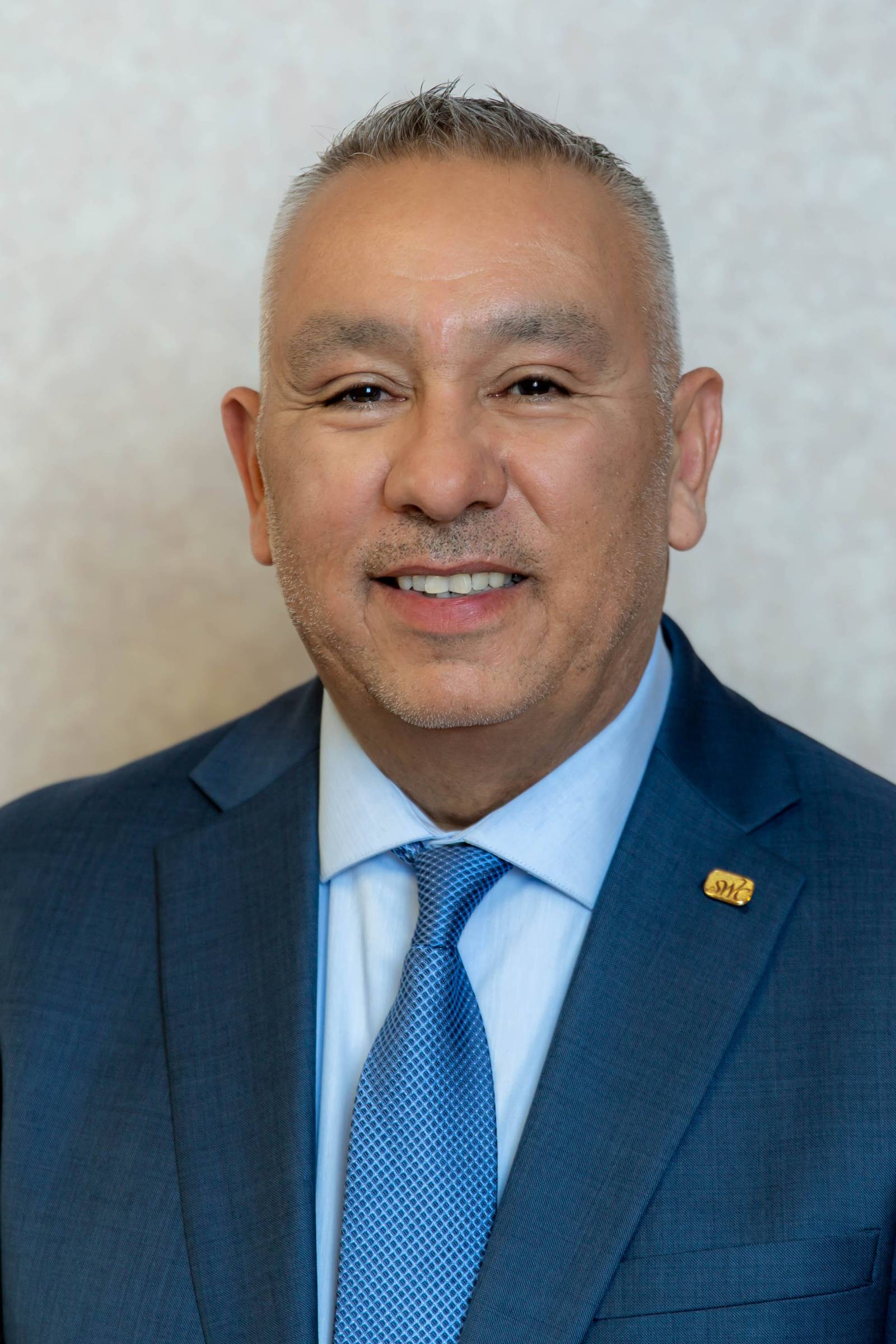